How long is the process measurement interrupted for during a Heartbeat verification?

Is Memosens communication inductive or conductive?

What is the most cost-effective way of obtaining process values from my remote site?

Through the Endress+Hauser Value App

Through the Endress+Hauser Operations App 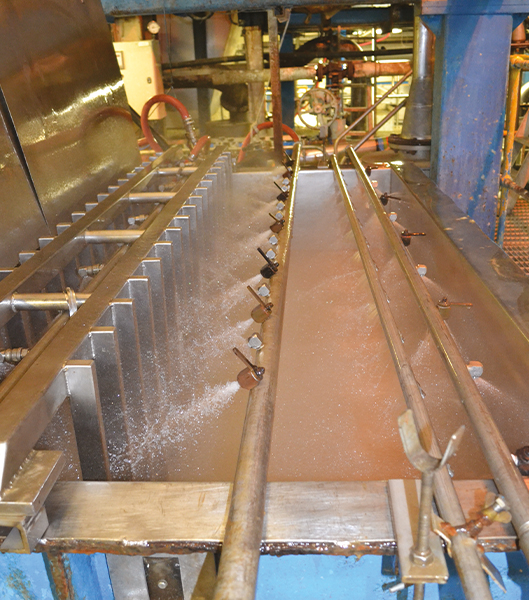 Union Papertech uses pressure transmitters to monitor level in different parts of its paper manufacturing process. But measuring level in the ‘pool box’, an open tank containing a mix of water and fibre, was problematic. The instruments supplied by one of Endress+Hauser’s competitors continuously failed, much to the frustration of Union Papertech’s engineers.

One of Endress+Hauser’s experienced field sales engineers identified the cause of the problem: the mill’s hot and humid environment was creating condensation that was entering the sensor and causing the drift. The solution was to replace several of the old transmitters with Deltapilot M FMB50 hydrostatic level transmitters, which have been specially designed for plants with high levels of condensation.

Instrumentation Engineer Keith Hopkinson is delighted the problem has been resolved: “My stress levels have really come down! I couldn’t afford to be spending hours fixing the same problem time after time after time. It’s not only saving on downtime but the FMB50s are actually cheaper than the ones I used to have as well.”